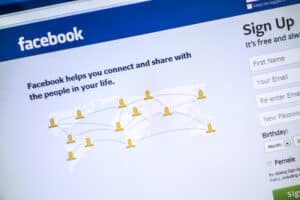 The UK is the second market to get Facebook News, which launched in the United States last year.

Several major news publishers, including Channel 4, Sky News, and The Guardian have signed deals with Facebook to provide content.

It comes as the tech industry’s relationship with the media comes under increased scrutiny.

Google last week threatened to pull out of Australia if forced by law to enter commercial agreements with news publishers – something about which Facebook has also expressed concern.

And French publishers recently agreed a deal with Google on how a new EU copyright law about news excerpts should be applied.

Facebook News is the social network’s own attempt to address the long-running friction between it and news publishers, as advertising spend has increasingly moved to the large tech firms instead of individual news outlets.

The new feature is set to go live on Tuesday afternoon, Facebook said.

The new feature is a dedicated tab within the Facebook mobile app, accessible by tapping the three-line icon for more options.

The tab features a mix of major daily news stories and “personalised” news selected for each reader based on their interests, as decided by Facebook’s algorithm.

Facebook says it pays publishers “for content that is not already on the platform”, and says the feature will also provide publishers with new advertising and subscription “opportunities”. 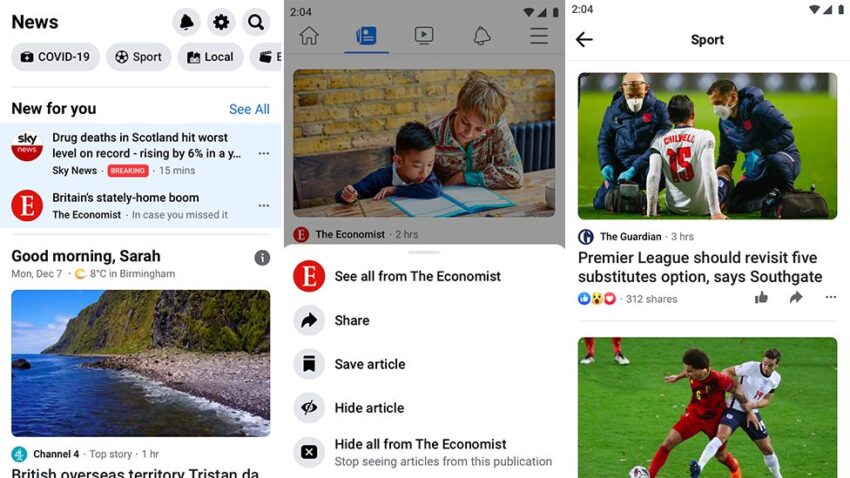 That may be partly based on data from the United States, which Facebook says shows more than 95% of traffic on Facebook News is from people who have not read those publications before.

The social network says the new product is a “a multi-year investment that puts original journalism in front of new audiences”.

And news organisations, for which new readers are often in short supply, are signing up.

In November, when it first announced the product was heading to the UK,major names such as The Economist, The Independent, and Cosmopolitan were already on board.

Ahead of Tuesday’s launch, The Daily Mail, Financial Times and Telegraph were also announced, among others.

Business Matters has not signed a commercial deal with Facebook News, but may still appear on the tab through public posts it makes on the Facebook platform.

Facebook also says that this new product is a direct result of discussions with the news industry, with which it has often been at loggerheads.

The tech giant is responsible for driving a lot of traffic around the internet, and a story which performs well on Facebook will often attract more readers than one which does not.

But Facebook has also repeatedly made changes to its algorithms over the years which have affected news organisations, sometimes with little notice. It has also encouraged organisations to use its features such as instant articles, or to make video content for Facebook.

However, it envisions Facebook News as a better solution than earlier attempts, and one it plans to roll out to other countries – including France and Germany – in the near future.

“Our goal has always been to work out the best ways we can support the industry in building sustainable business models,” Facebook said in its blog post about the UK launch.

“As we invest more in news, and pay publishers for more content in more countries, we will work with them to support the long-term viability of newsrooms.”